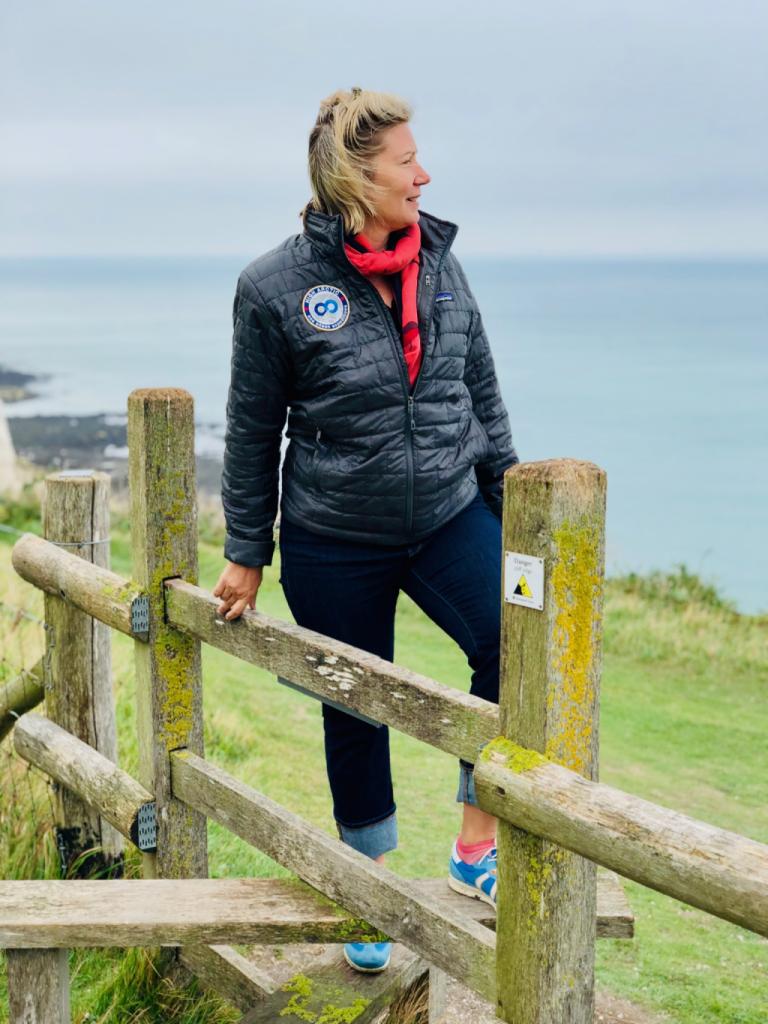 At the brow of the hill, take the path leading to the left until you reach the gate at the far edge of the paddock.

It seemed like an obvious enough instruction until I noticed that there were several paths that snaked across the hill and realized that my initial assumption that the “brow” was “somewhere near the top” was not going to be precise enough.

I was out walking the public footpaths in Kent, England and was delighting in what felt like admittance to a secret world. Rambling is a uniquely British pastime. These footpaths are centuries old, many laid down in times where walking was the only way to get around. They used to trace the most direct routes to markets and towns and while those buildings and communities may no longer exist, the footpaths do. Most fascinatingly, these footpaths are a public right of way. So no matter where they cross, or what has been built up since - farm lands, private back yards, estate lawns or cemeteries, these footpaths are maintained and remain open to anyone who wishes to pass.

Having set out a few hours before from the village pub (yes it really was established in the 1300s and no I did not start out with a pint), I had already crossed through a paddock full of sheep (yes, watch your step, no they don’t care if you walk by), past some thatch cottages (yes someone lives in them, no they are not just found in fairy tales) and I was now basking in the rhythm of my steps as I discovered the backyard of England.

But “the brow” was giving me pause and I am unsure of my next step.

So I just stand there trying to reason... surely if I know where a “brow” is on my head, I can assume it to be on the same place on a hill?

A logical guess but how will I know for sure which path is the right one?

Moments before I was lost in the rhythm of my stride and now I am at a standstill, deflecting my frustration onto anything but my own indecision.

Indignant, confused, I’m wavering, snapped out of my reverie. I’m stuck in a moment of alarm, incapable of choosing either path for fear that it is the wrong one. Finally it occurs to me that my choice of indecision is highly impractical, there is nothing to be gained by standing alone on a hill having a personal debate about which path to take.

I’m tempted to read ahead in the instructions, as if knowing where I should end up will help me in this moment, but I’ve learned that looking too far ahead simply interferes with the focus needed on this step. I take a deep breath, practice being present, and make an educated guess.

It seems that following a footpath is as much a personal scavenger hunt as it is orienteering. I am learning that my preference for ‘knowing the right answer” sometimes stops me in my tracks, literally, and with no way of assuring if I am choosing the right direction, I have to put one foot in front of the other, patiently allowing the appearance of the next landmark to give me the confidence that I am well on my way.

More than once I have realized that this reflects the decision making patterns of my life. How many times have I caught myself in this very position - unsure of what to order, how to pitch the contact, how to apologize after the argument- in each scenario wanting desperately to do “the right thing” but unsure of what that is I’m stuck in an uncomfortable limbo.

The walk is teaching me that the excruciating moments of indecision don't serve my end goal. I observe that standing there worrying keeps me rooted in this spot, staring at my choices, no closer to my end destination. If I walk and worry I simply destroy my enjoyment of the day, so the degree of worrying seems to have no relation to the likelihood of having made the right choice or my ability to recover after a misstep. The best I can do is choose a way forward and progress along, enjoying the view while looking out for the next milestone.

It was in this way that wayfinding became a time-travelling scavenger hunt. Each twist and turn through a secret, preserved part of England was a decision point leading me to the greatest find - myself.

Slowly I fall back into a rhythm, a meditation of presence, connection and awareness. Here, in the placing of one foot in front of the other, I play in the elusive gifts of time and my own thoughts. Once I have my own attention, I start to observe myself a little more closely watching the beliefs and patterns that are the offerings of this quest. I ended at the village pub and gladly accept a celebratory pint.

As for the brow? You’ll just have to join me to find out!

Want this experience? JOIN US on Tania’s newest personal discovery retreat in Kent, England April 29-May 3. Radical Sabbatical, a 5 day retreat as exclusive guests of Goodnestone Manor, where the discovery of the landscape around and within, leaving you recharged and relaunched. Find out more at https://www.advivumjourneys.ca/retreats/

Your wonderful narrative left me hanging on to each word and each step as you navigated through your puzzling venture to reach your planned destination.  I really loved how you turned this into an amazing life-lesson that most certainly all of us can relate to!!  So many meaningful quotes - like:  "looking too far ahead, simply interferes with the focus needed on this step";  "my preference for ‘knowing the right answer” sometimes stops me in my tracks, literally, and with no way of assuring if I am choosing the right direction";  "standing there worrying keeps me rooted in this spot, staring at my choices, no closer to my end destination"; "choose a way forward and progress along, enjoying the view while looking out for the next milestone"...... Thanks, Tania, for another powerful blog.