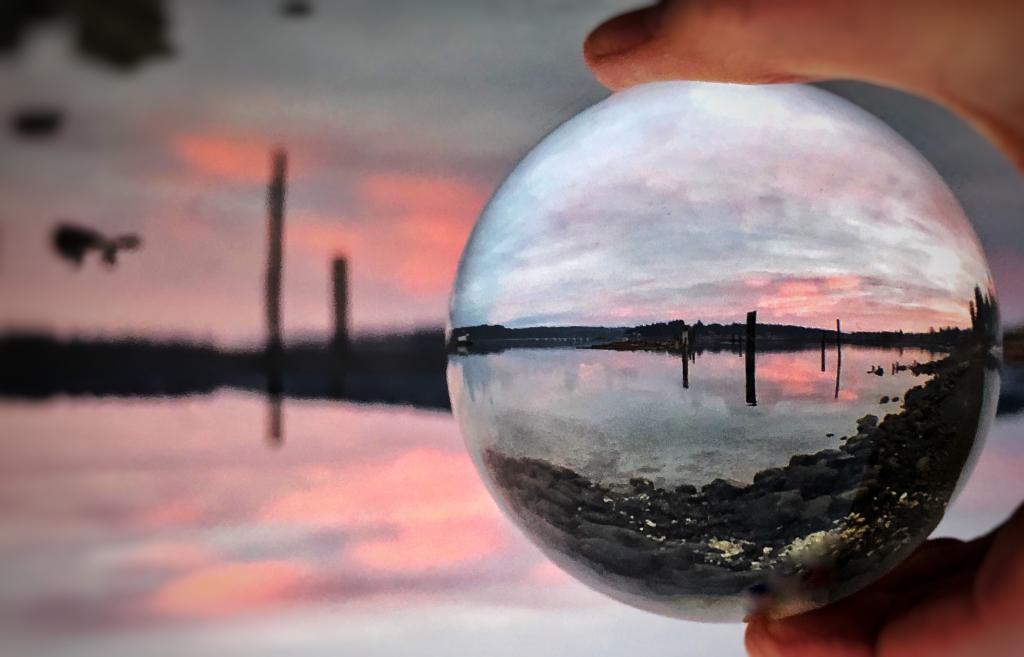 “This has restored my faith in humanity.” Every time I hear this expression it makes my eyebrows crinkle.

I realize it’s an expression used to emphasize how good something is, usually referring to good deeds and acts of kindness or bravery. There’s no question this phrase adds drama, but what it implies is that the human race - the totality of our human existence - has otherwise gone to hell in a hand basket.

There's no denying people do bad things, individually and collectively. Sometimes unimaginable, heinous things. It's happened since the beginning of time, and I suspect always will, but I believe the good FAR outnumbers the bad.

Of course, if we're looking to the news stations to give us an accurate reading on the balance of the good and bad on any given day, the state of the world could appear pretty grim. Our news sources are dedicated, maybe even mandated, to find and report what's bad.

I say, whatever you look for, you'll find.

Remember when you bought a new car, and suddenly you saw that same make and model everywhere? The truth is, those cars have always been there, you just didn't notice them until they became important to you. Now you can't NOT see them.

One of my favourite authors, Shawn Achor, who has spent much of his career at Harvard as a Happiness Researcher (okay, how do I get that gig?) reports, “We already know through research that watching three minutes of negative news in the morning affects our day immediately, but six to eight hours later we’re 27% more likely to report that we’re having a negative day.”

So, if this is true, could the opposite also be true? If we spend three minutes a day in gratitude, exposing ourselves to the good things that are happening in our world, would we be 27% more likely to report that we’re having a good day? The answer is yes. Just two or three minutes of time spent focused on the positive each day is transformative in the very best of ways.

This is not to suggest we turn a blind eye to the bad, that’s what Shawn calls irrational optimism. “We don’t change the things we need to change in this world if we sugarcoat the discrimination, violence and inequalities we see in our world. Rational optimism doesn’t start with rose-coloured glasses, it starts with a realistic assessment of the present.” However, if the bad is getting the lion's share of our attention we would most certainly be at risk of losing our faith...on so many levels.

At the core of Celebrate What's Right with the World is the idea of turning more of our attention to the good. For more than three decades, Dewitt has encouraged hundreds of thousands of us to consciously seek what's right with our world, and the world around us. And the more we look, the more we find it, everywhere.

"What we’re finding," says Shawn, "is that it’s not the reality that shapes us, it’s the lens with which we view reality that changes our experience of it."  Looking for the good doesn’t stop us from changing our world for the better, instead it gives us a belief that change is actually possible.

We'll all have our faith shaken from time to time, but let's pinky swear with each other to not lose it. The world needs more yay-sayers than nay-sayers.

You have Validated by faith in humanity!  We must always use the lens that allows us to see the good!  That is definitely what Celebrate is all about and I, for one, am so very happy I found a place where there is positive and faith!  Thank you Lauri, Thank you Dewitt, Thank you all celebrators!

Yay!! That's the best news! You know, I think we fellow Celebrators offer validation for each other every time we post an image, or comment on an image someone's taken the time to share. Tiny wee gifts of goodness every time we scroll through the screen. Thank you for taking a moment to offer such validating and encouraging words Barbara! They make a difference!

Yes. It. Can! I couldn't agree more Rob! It's the tool we have at our fingertips every second of the day that can turn a situation, mood, or any other moment around. And even if something doesn't need turning around, gratitude shifts us from good to great on the inside as well as out. Thank you for taking a moment to offer your thoughts, I'm so grateful when someone takes a moment to not just think it, but say it!

You know that I am one of your favorite supporters - both you and Dewitt.  You have both shown me that it is the “lens” through which we view our life that is so vital in our ability to keep our focus on the good and not the bad!  These past few years has created a lot of tension  and frustration with all of the hate  and moral decline that seems to be more prevalent  than usual.  I have found that I have turned to the Celebrate site and vision to keep my sanity in check and my firm belief that the majority of the world - no matter what religion, race or gender, want  the same thing - peace and goodness towards all of mankind.  I have also been faced with many “life-challenges” this past year and Celebrate is the one place where I can refocus my attention to the blessings in my life vs. the many trials.  I do feel so sorry for those who only see DARK in their lives and that their beliefs are so ridged as to not see the goodness in the many unique differences we all have.  I start each day with “many more than 3 minutes” of Celebrations on our Facebook page.  I LOOK for Goodness and FIND it!!  I love your reasoning about changing RESTORES to VALIDATES!  It is amazing what a difference one word means to one’s outlook.  Thanks again, my friend, for your amazing blog!