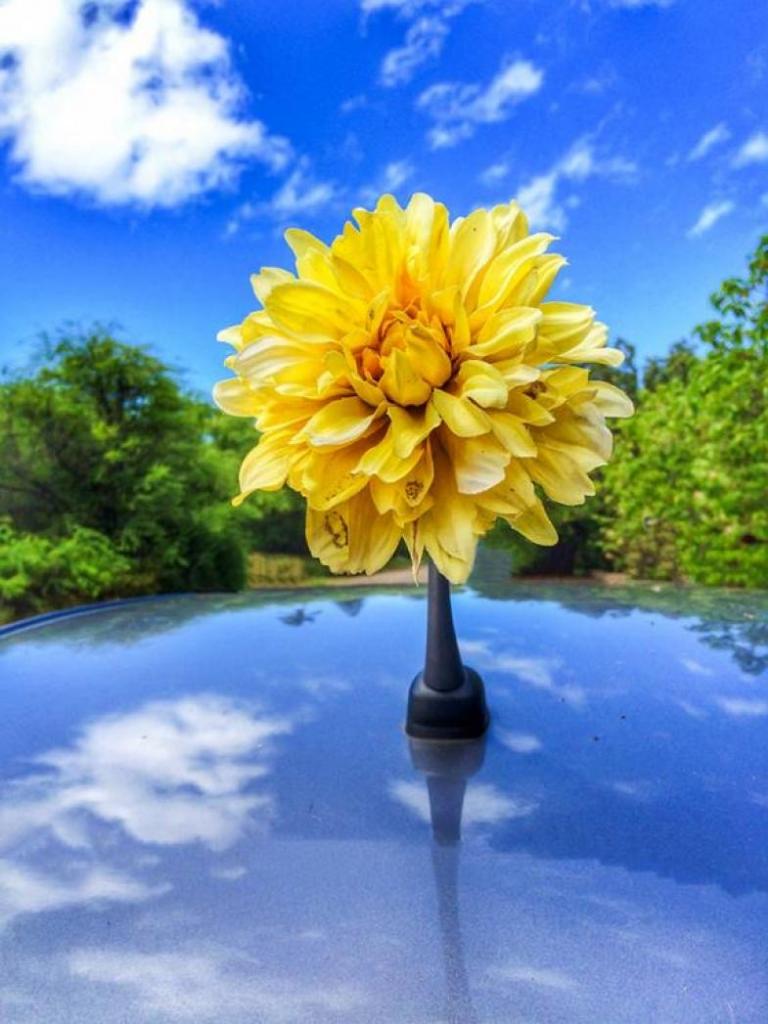 I received a writing prompt that has me musing.

It suggested that I draw a giraffe with my eyes closed.

I found the suggestion rather astonishing, who would propose such a frivolous thing?

How could this possibly lead to anything meaningful?

Surely there are other more impactful things to tend to right now?

“Just press delete and move on,” my bossy in-charge self said, “what is the point of doing something so silly?”

But then a rarely heard voice chimed in….

no, choose paper… then we can use colours, ….

And while Tania-in-charge usually wins, this time there was no denying Tania-in-glee. And seeing as I had nowhere else to be, I found it impossible not the indulge her as you would a puppy wagging its tail at the sight of a ball.

So, a bit cautiously, I closed my eyes and I did it.

One giraffe drawn with eyes closed…

She is whimsical, funny, sweet.

Her spots are floating above her body like they’ve had an extra glass of champagne,

her long legs seem to be dancing with different partners,

her eyelashes float on the back of her head, like wings.

It is hard to draw a giraffe without looking. Kind of like playing pin the tail on the donkey. The fun is when you take off the blindfold to giggle at how far off you were!

I then drew a second and a third,

and for each one, I smiled at the simplicity and at the novelty of silliness.

I don’t do silly.

While it originally meant “happy,” as in children's games or harmless jokes, my experience of ‘silly’ is something, or someone, that can't be taken seriously. Nonsensical, just-to-be-silly kind of things are… dangerous!

It was a dreaded admonishment received as a little girl. “Don’t be silly” meant I was definitely in the wrong, too close to the edge, and the fun was about to end, abruptly. It seemed that somewhere along the way silly coupled itself with shame, leaving me feeling caught unguarded, uncontrolled, vulnerable.

Open to criticism and subject to ridicule.

And yet here I am,

charmed by the whimsical invitation to draw a giraffe with my eyes closed.

So this week I’ve been dipping my toe into silly …. I’ve spent time daydreaming about having wings, I told stories to my cat in all kinds of character voices about the secrets of successful time travel, I pressed my cheek on the bark of my favourite tree which is in the middle of a huge park and in full view of everyone and told her I missed her, I had intentional “crazy hair” day - instead of trying to tame the mane on my head I just decided to wear it all wild on purpose and to meetings, just ‘cuz. (My husband took a picture he was so alarmed/bemused!).

I don’t quite have the hang of it yet, but at least I don’t run at the thought of it.

There is a special kind of delight that comes with the bravery of silly - the willingness to let go of outcomes or the illusion of “control” and to be vulnerable to the experience of whimsy. To simply delight in a non-sensical moment is to let go of the behaviour and persona of “performance” and step into the bubbling joy of being in the moment.

No efficiencies, no purpose, no big outcome.

My learning? I can’t articulate it.

Except I feel lighter, more willing to not take myself so seriously.

More at ease staying in my centre with a smile on my lips.

A little more effervescent and hopeful.

With a recurring desire to draw a giraffe with my eyes closed.

Give it a try.

You’ve got time and there is just no reason not to be silly.

Join Tania on a free series of Grounded Retreats - Wanderlust Revived! Keep your sense of celebration and wonder alive in a virtual like-minded community. 1.5 hours every Monday for 6 weeks, More information and registration here. https://www.advivumjourneys.ca/wanderlust

And be sure to send us your Giraffes! 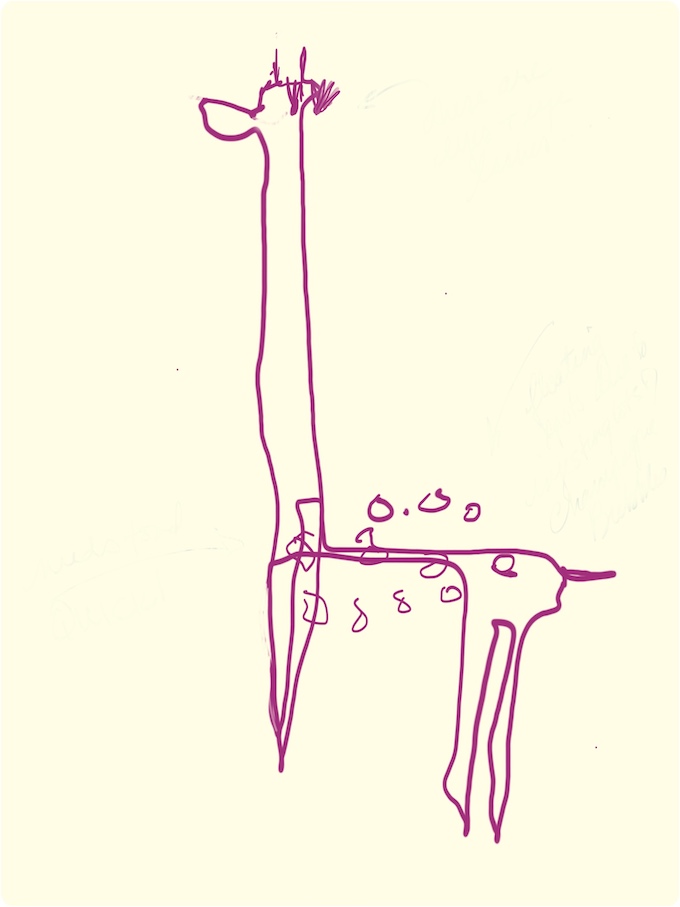 WOW, Tania, my inner child sure LOVES your giraffe and is tugging at my heels to get out my paper and crayons!  I feel sorry for kids who are constantly being told by their parents and teachers to “stop being silly” and act more appropriate.  We have lost touch with the essence of what “innocence” and “uninhibited Joy” is and the importance it is to keeping not only our sanity, but a sense of connection with all those who matter most to us.  During this time of stress, we need to lighten up even more.  Love your blog and your encouragement for us to “dip our toes into Silly”!!  After all, it is the “floating spots”, “dancing legs” and “winged eyelashes” that force us to “think outside the box” - and that is so very powerful.

here's to the rekindling we will do with our silly-selves! thanks for joining me on this mission!!

And many thanks for your dedication to help us all through this difficult World Crisis, Tania.  Your posts always brighten my day!