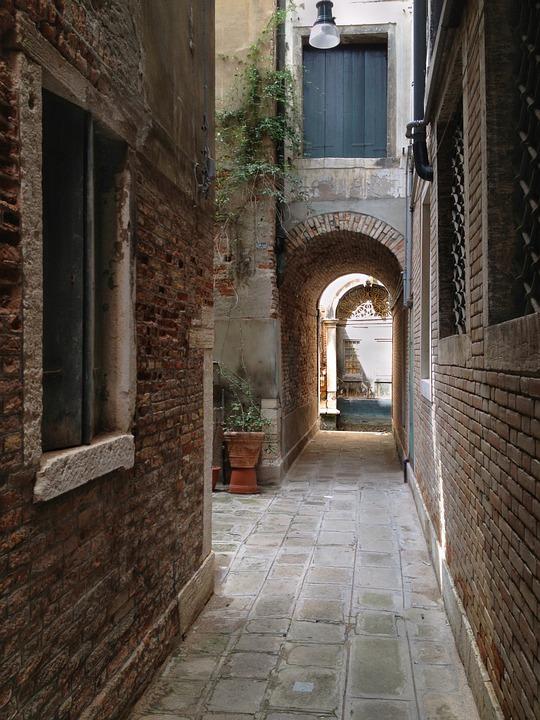 I wrote the following blog 2 years ago. The topic of being LOST seems relevant today. Everything from the discourse around me to my daily routine has changed. I am hopeful for the future that we will co-create through the deep respect and honouring of one another and our planet, and yet, the road there seems uncertain, and at times, I feel lost. I reread the wisdom that the cobbled streets of Italy gave me years ago, and it so deeply echoed the "ask" of today - instead of marching off to hastily create what "should be", can I sit in the presence of and listen to what is?
We are not lost.

We are just not there yet.

I waved goodbye to my friends, got my bearings and headed off from the drop-off point, in search of the villa I had booked. The medieval streets of Orvieto (Italy) are not intuitive and after only 5 minutes, things weren't aligning as I thought they should.

and then left again,

bringing me anywhere but where I wanted to go.

Rolling my suitcase behind me over the cobblestones, I grew increasingly frustrated as one misdirection followed another until I got confused about where I was.

stared at my map,

then turned both it and myself to face a new direction and headed off again.

And once again, just when I thought I was on the right track, the street veered in the opposite direction and I was faced with an undeniable truth - something was wrong - either the map or the person reading it.

The longer I was lost, the more defiant I became; I refused to turn around, to backtrack, to lose covered ground. "Push on, make sense of this, find the next turn" was the internal refrain.

“But I am LOST!” replied the internal wail.

Three more attempts kept bringing me back to the same little square with a bench, a statue of some guy and a fountain. (All of which I completely ignored because I knew I was lost, and when one is lost one must proceed with haste and determination in order to get unlost).

Of course, the irony of it all was that the whole purpose of this trip was to give me the gift of time: to explore, to pause, to discover. Seems the Universe and the ancient city had conspired to give me just that opportunity, but I was having none of it.

I was preoccupied with being lost.

I called the Villa owner, he quickly came to retrieve me, and together we strolled the 4 short blocks to the doorway I had been searching for. “We are here!” he announced as he led me into the courtyard that would be my haven for the rest of the week.

I settled in, and once seated in the garden, it occurred to me that I had never actually been lost,

the doorway not yet found,

only a few short steps away from “we are here”.

"Lost" was really just a state of mind. Of thinking "I’m not where I think I should be" or "I’m out of comfort and control". It was a reflection of being in judgement of myself but never my reality. It is the feeling that arises when I wander away from my place of comfort and knowledge and I can’t see my destination. But it is not my reality.

Had I just changed my perspective and given myself the calm of "not yet found', perhaps I would have been more attentive, seeing what stretched out ahead of me, the cobbled paths, the carriageways, the inviting cafés. I would have noticed all the treasures on my path (which I later went out and rediscovered). I would have allowed for the adventure of “figuring it out” to replace the defeat of “I don’t know where I am going.”

For the rest of my stay, I practiced “being here”, noticing what the journey offered at every turn. I found myself beside that delightful fountain with the bench and Padre Pio.

This time I took a seat and took it all in.

Want to join me in conversation? Join the Grounded Retreats, free discovery retreats.

This message touched me greatly this morning.  Thank you for sharing this, especially now when are all searching to find our way and feeling “a little bit lost”!

So glad Barbara, it also makes me reflect on that fact that if we are all on the road, feeling a little lost, then we are "lost" together in community. Thanks for sharing!

Don't you ever get tired of the maze?

Of walking down city streets never being able

go some place in the country alone,

and get so lost you find yourself.

Just love this - thank you!

This is fantastic....photos of Italy have been popping up everywhere. I feel called....I pray someday the Lord will make a way for me ❤️ I would love to spend some time just “being”...

What a wonderful message. Thank you for sharing!