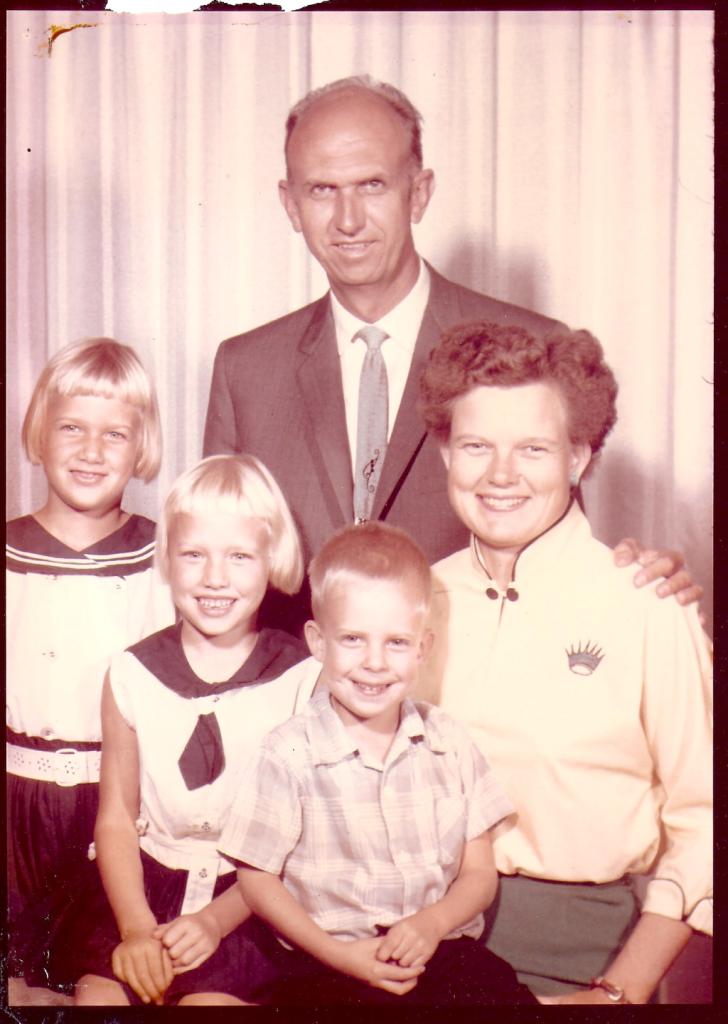 Today is the 100th anniversary of someone’s father’s birth. It’s inevitable, given the number of the people on the planet, and the passage of time. This morning also marks a century since the wedding of another’s mother, and countless other moments of personal significance unnoticed by written history. Time is reliable, if relentless.

My own father would’ve reached the century mark recently, had he lived that long. I was acutely aware of the milestone’s imminent arrival. I wondered what I would feel, now that my parents are both gone and I’ve taken their place in the line of generational elders.

I felt strangeness more than sadness. He and I had a complicated relationship, mixing blessings with deep issues. We made what imperfect peace we could, then let go without acrimony when our final shared day came almost fifteen years ago. It may seem like a small accomplishment, but it was one that took decades, and one that will pay eternal dividends. He was able to better rest, and I’ve been better able to carry on. Still, I’ve aged into the knowledge that I’ll need to work on our relationship for as long as I remain alive. And one of the ways in which I most need to do my work is in letting go.

Letting go is an essential skill to cultivate and celebrate. There’s freedom in daring to let go of someone or something loved and lost. There’s freedom in letting go of injuries too. It’s a necessary trust in the world, that we’ll make our way without what or whom we love; that even if we don’t heal, somehow we’ll be okay. Every moment, every life is someday best left to rest.

I’m awed by familial bonds and instinct’s insights, yet instinct feels flawed. Instinct protects us via memory of wounds and scars, so that we learn to avoid creating new, unnecessary injuries. Yet that often creates an imbalance in memory, in which our wounds take precedence over softer, sweeter remembrances. It can skew our views of loved ones and strangers. It taints what is viewed as news. Our world is distorted towards highlighting damage.

It takes constant, conscious attention to remember the better aspects of a flawed relationship with a flawed person. It takes a heightened awareness that to focus on their failures is a failure of our own. There are no more detailed mirrors than the faces of our ancestors; so now in seeing the memory of my father’s face, I see issues of my own that still need work. To forgive him is the only way to forgive myself, and all others around me. It’s humbling.

It’s also staggering to see the scope of changes within the century since his birth. Cars were only rudimentary devices in 1922. Airplanes were an experimental dream. Radio had barely come into being, television didn’t exist, the internet was inconceivable. The Great Depression was years in the future. No one yet imagined that World War One, “the war to end all wars,” was only a precursor to greater violence. Yet the marvels of the wider universe were also soon to be revealed, as the James Webb Telescope now illuminates. The tiny beauty of the earth is also becoming ever clearer through refined camera lenses and microscopes, and other means of sensory assistance. The past century’s stunning art, music, literature, love, and other rich manifestations of spirit are overwhelming. All that too is only a precursor to new beauty.

Forgiveness lives within our remembrance of greater awe. So if our wounds are randomly reopened today, it’s still the best thing we can do to say yes, those hurts are real—yet look at the beauty of this leaf, this sunrise, the infinite beauty of the midnight sky. Every tiny flaw of ours will disappear into insignificance alongside those magnificent stars, with the passage of another century. Letting go of time may be the greatest comfort and celebration of all.

What a beautiful reflection on the importance and the relative unimportance of our individual experiences. So intimately written and understood. <3

Thanks, Eric, for this powerful blog about families that carry/pass on wounds for generations and the power of forgiveness, healing and survival. I do not know the extent of your issues with your father, but I was once told to picture my father as an adult sitting in a chair and then picture him as a child next to the chair. That child may also have been wounded.  We will never fully understand the possible generations of unresolved issues that can only be changed through learning to deeply love ourselves through dedication to seek help in learning how to deal with the pain, let go, forgive and Heal!

Well said.  I will forward to one of my family members…perhaps he will take it to heart.